So let me start by saying that Brugge was absolutely lovely, but this journey MAY have been a bit ambitious for a day trip from Amsterdam by rail.

The morning journey went well – I had breakfast at the hostel, and caught the 8:00 shuttle to the train station, where I easily caught my trains to get to Brugge. I did catch a glimpse of the Tour De France in Antwerp, so that was very cool. In Antwerp I was so very thankful for the first class rail pass, because 2nd class was full with people standing in the aisles, and every spare space (they were all Tour de France roadies – with camp chairs, tents and backpacks) – so I was very happy to have my own, comfy seat in a relatively empty compartment.  The journey was smooth, I made all the connections, and I arrived in Brugge a little after 12:15.

I got to Brugge and did a walking tour that I had planned out on my own (only bad thing was my camera battery died! (I forgot to charge it last night after the canal cruise) I did have my phone, so had the opportunity to take pictures that way after my camera died. Lesson learned – :).

Brugge was gorgeous! After about 2 hours walking around outside, I decided my poor skin needed a break (I’ve had this rash on my chest that I think is heat rash – and it flares up with the heat and sun (even with copious amounts of sunscreen) so I decided to find something to do indoors, and discovered the Brugge Beer Museum. 12 € included admission and a beer tasting – so I said why not. It was a neat collection of brewing artifacts and the history of brewing. Did you know that in WW1 so many Belgian breweries and crop fields  were destroyed that we lost several beer blends, recipes and varieties completely?

The beer tasting was excellent, and I was very pleased to see that the “tasting” was 3 full size beers of your choice. After the beer tasting, I decided I needed to get some food (good idea, right?) so I ventured to a Belgian restaurant and, obviously going with the theme of the day ordered the Brewers choice meal, since it was going to be lunch and dinner at that point!

The cheese croquettes were absolutely great, the sauce on the meat was a perfect compliment, and I’m not exaggerating or anything, but the Creme Brûlée was the BEST I have ever had. It was SO good!! 🙂

After that lovely meal, I decided to bid “tot ziens” to Brugge and start the journey home, which did, indeed become a journey.

It all started with a 5 minute stop on my train, which caused me to miss my first connection in Ghent, but no worries – I just waited for the next train – 20 minutes later, and shifted my plan. I got to Antwerp (which is a stunningly beautiful train station, by the way) and waited for my train to Rotterdam, and this was where it became an adventure. The train was cancelled, and the next one wasn’t for another hour – and would mean I wouldn’t get back to the hostel until well after 1 am. Ugh!

I went up to the international travel desk hoping they could help – and he gave me a plan – with a tight connection, but it seemed workable, so I ran back down to the platform and to catch a train to hopefully make it to Amsterdam before midnight. 🙂

Waiting on the platform I met a couple from Florida who were panicked about the cancelled train – so I decided to share with them what the agent had given me. They asked if they could follow me, so for the next hour I gained traveling companions – they were lovely – and he was originally from Summerville, so we talked a bit about how NW Georgia has changed, and it was nice to have company and conversation on that unexpected detour.

The rest of the trip went smoothly, and I ended up at the shuttle location to the hostel just before midnight. Not bad, all things considered, but I will admit that a day trip to Brugge might have been overly ambitious. 🙂 However, it was fun, and totally worth the train adventures I must say. 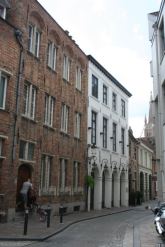 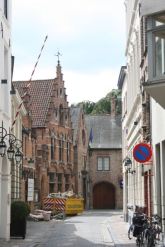 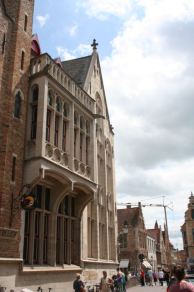 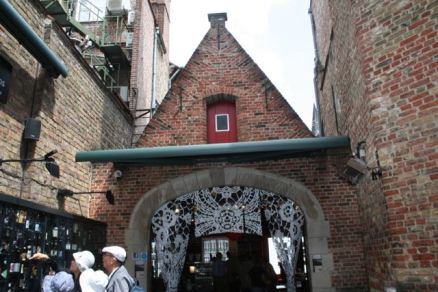 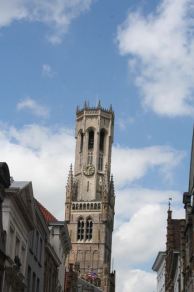 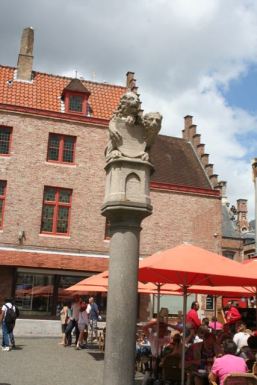 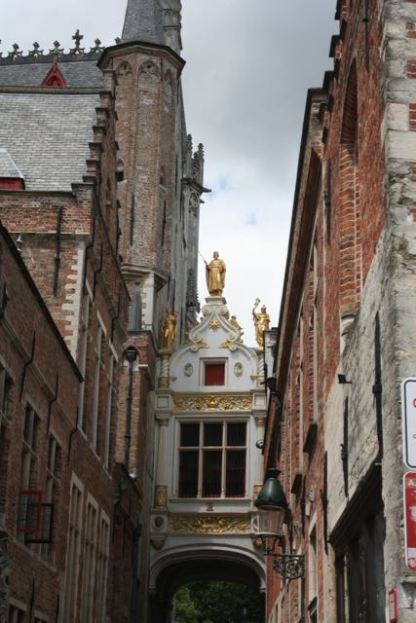 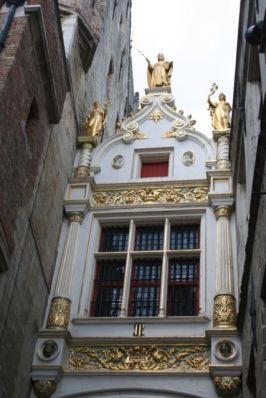 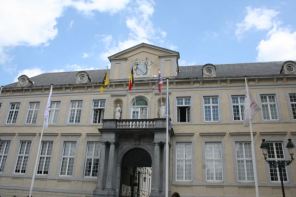 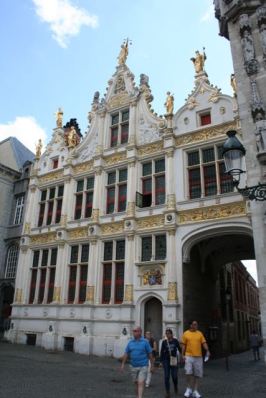 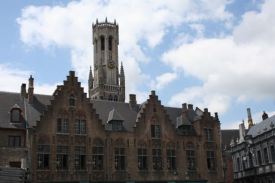 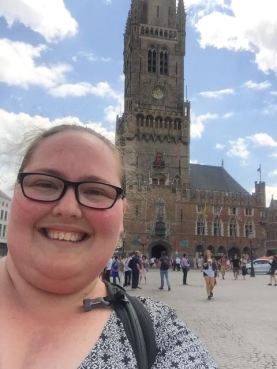 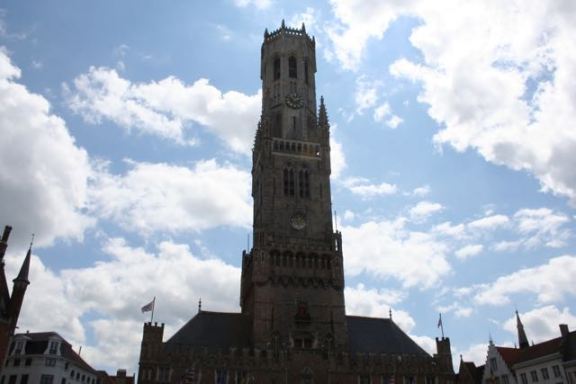 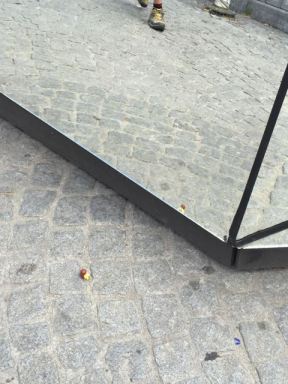 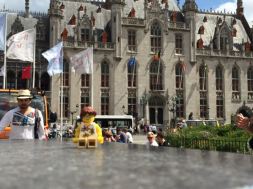 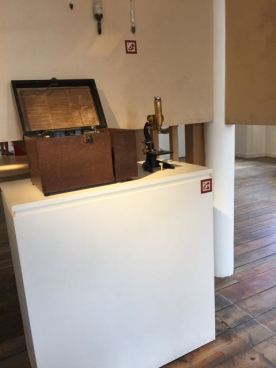 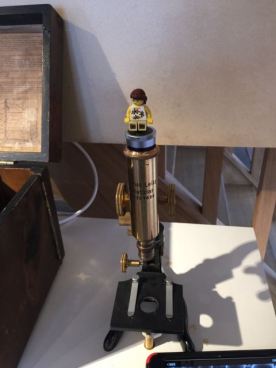 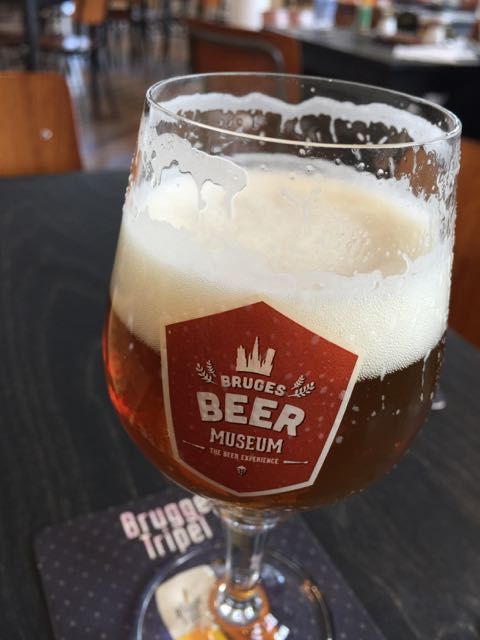 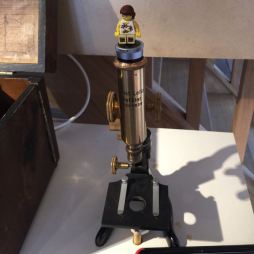 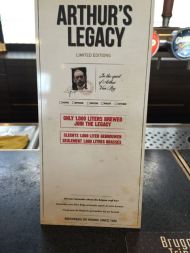 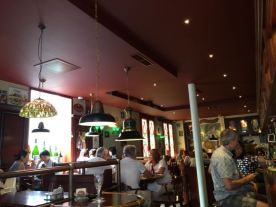 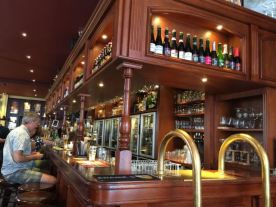 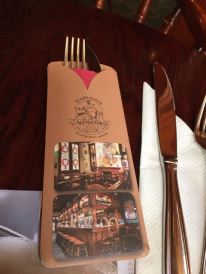 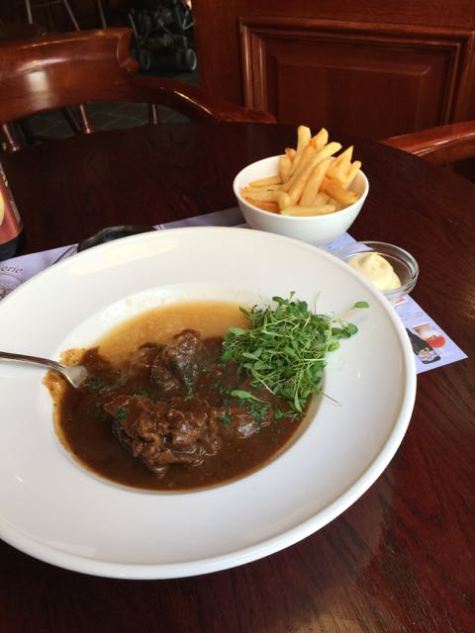 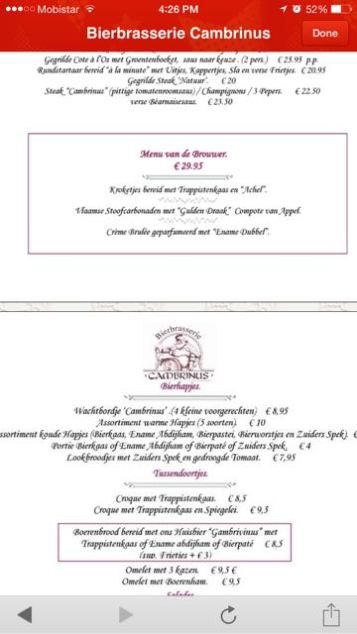 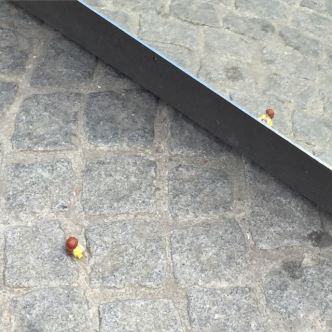 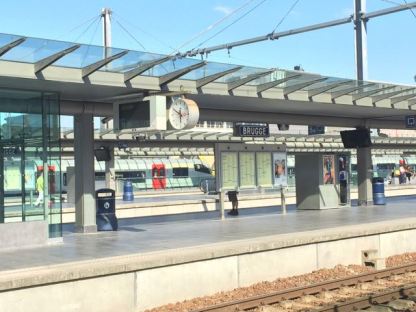 One thought on “Day 19 ~ Brugge and Train Adventures”